by Alabaster DePlume and Angus Fairbairn 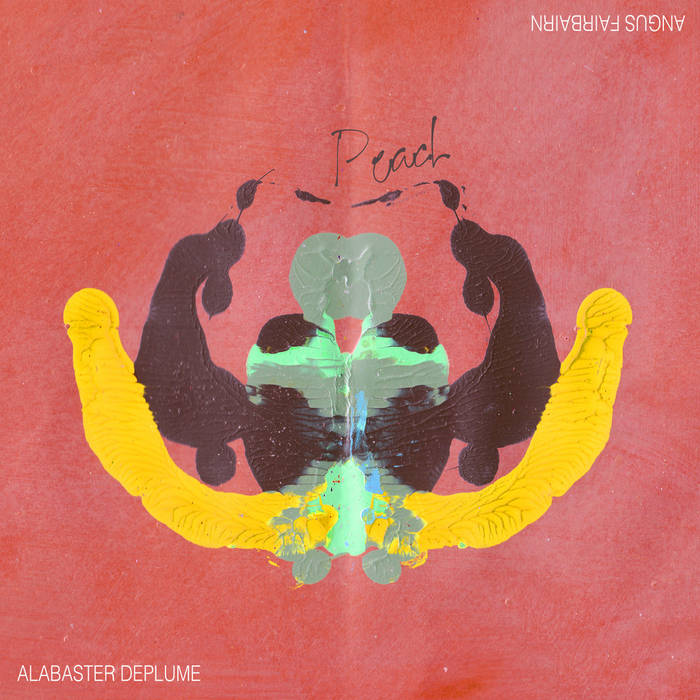 davekillcountysmith Spoken word accompanied by saxophone that speaks, sings and weaves beautifully with an orchestra of instrumentation. Experimental, folk. This man clearly has a lot of musical friends. I hope he gets many musical fans. I adore this album. Favorite track: Strange.

Mod Exist I was pleased to discover this album for a number of reasons. First of all it is a really great album. Beautiful instrumentation and spoken word. Secondly I was happy to discover that Angus Fairbairn the primary person in the making of this album is from Manchester. That was enough for this to be a great album, but then I discovered that Paddy Steer was involved in the creation of the album, as producer, engineer and musician. There couldn't be a way to make this album any more serendipitous. Favorite track: Going Away.

A peach is a sweet and soft and good thing with a stone in the middle, and this is an album about being a person. Smartphones, analogue tape, valve microphones, computers, group games and a grand banquet were used to create this collection of songs, tunes and monologues, that use a series of contradictions to talk about being alive.

It is a unique collection, made by unusual means designed around the artistry and conveyance of its many contributors. Created over three years in London and Manchester, it’ll be celebrated in those two towns on the dates below, following its vinyl and digital release on Manchester label Debt Records, on 28th September 2015.

A composer, musician and performer, Alabaster DePlume (Angus Fairbairn) has toured northern Europe, appeared on UK national radio and developed theatre for Bram Stoker Festival in Dublin. His many combined arts projects are based around music, and personal inclusion. In this, his third album, he has employed as many voices as he can, in conveying a method of survival he’s been taught, he says, by everyone he’s met.

Hope grows naturally, like a
dandelion between the bricks.
I feel good…